How Artificial Grass Was Invented 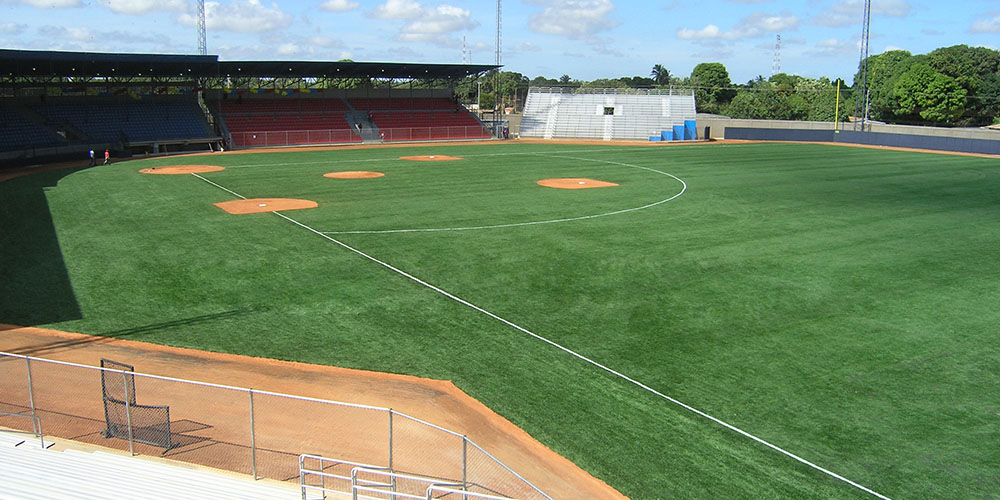 What is AstroTurf, or artificial turf? It’s a question that sports players, lawn lovers, and landscaping pros have asked a lot over the years. But more specifically, how can it outperform actual grass, and why is it used? What is it made of? Its roots are clear in sports, but over time, it has become more and more popular for other uses. Today, it is a well-known alternative type of green with many benefits.

Why Is It Named Astro Turf?

Players quickly noticed “burns” that looked like those from carpets, and the nylon material used initially was expensive to keep up with. During the next few decades, new types of artificial grass were made that were better for playing conditions. This new artificial turf soon gave rise to an intriguing notion. Could this product be applied to other non-sport situations?

In the late 1950s, James M. Faria and Robert T. Wright developed AstroTurf. It was named “ChemGrass” at first when it was manufactured and trademarked in 1965. The baseball franchise with the same name, the “Houston Astros,” inspired the name. Even though the product initially worked, several issues in the industry needed to be fixed.

Then, in 1971, Donald L. Elbert got patents for two completely new ways to raise the standard in the industry. The AstroTurf moniker was eventually solidified and shifted about among various businesses throughout the later part of the 20th century as a result of subsequent technology advancements.

Artificial Grass in the 1990s

Artificial turf saw enhancements as it entered its 3rd generation in the 1990s. Another plastic-based substance found in the 1930s was studied in the early 1990s. They called it “polyethylene.” It was thought that this unexplored material would be the best substitute for polypropylene.

The artificial grass consequently felt more natural and appeared to be almost real. Polyethylene has the added benefit of being UV-resistant, preventing fading.

Granular rubber was developed in the middle of the 1990s. The infill could be made of this substance rather than sand. The turf grass was made even softer by the use of granular rubber.

Synthetic Turf in 2000 and Beyond

As a result of advancements made in the 1990s, people gained a new understanding of the applications of artificial turf. Any sport, including soccer and golf, can use synthetic turf efficiently. Additionally, it permits installation in open spaces like parks and athletic facilities.

Unique forms of artificial grass were made possible by further advancements. Certain types of turf are suitable for use in water parks. Another kind is specifically made for animals.

The Benefits of Using a DPF Cleaning Machine for Vehicle Maintenance

Everything One Must Know About LED Parking Lot Lights

Innovate your products with made with precision

How to Work with Wholesale Clothing Vendors

Is This the Best Paring Knives Manufacturer?

How to Shop for a Good Quality PCB...

A Step By Step Guide For Importing Chinese...

What XM Forex is All About