What Are The Uses of Gallium 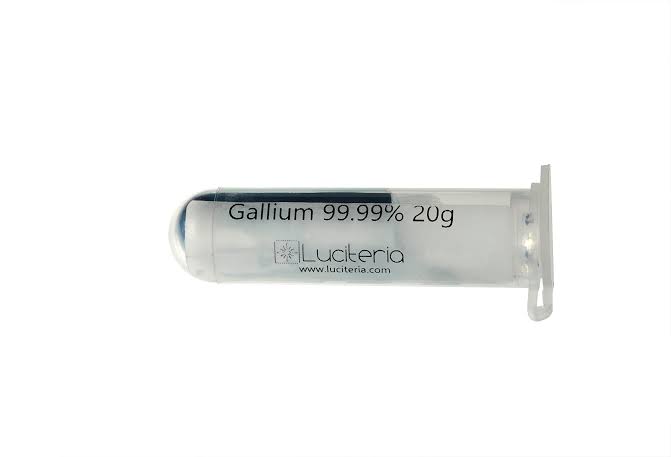 When you inquire about gallium price, it is normal for you to get shocked, depending on two reactions. It is either you don’t believe the price because of the multiple functions of the metal or you don’t believe the high price based on the metal not being a popular one. Galium may not be popular, but it sure has multiple functions, and for any one producing this metal, they know it’s worth, and will put a corresponding price tag. In this guide, we will discuss some of the many uses of gallium metal.

Gallium in its natural state is mostly great for building semiconductors. But when you combine this metal with Arsenic, another element, it forms GaAs. GaAs is a compound mostly used for the electrical parts of computers, aerospace, transistors, and photovoltaic cells. The GaAs compound has a dielectric property, so you can use it for integrated circuits and to make LEDs. The LED has great uses for optimal communication.

Galium also combines with nitrogen to form gallium nitride (GaN), a compound described as the silicon of the future. This compound is useful for making optoelectronic devices in both the blue and violet color. A good example of the application of the gallium nitride is for making laser diodes and light-emitting diodes.

Galium in combination with another element forms Gasb. This compound has a crystal structure and a direct band gap. The electrons on this compound are mobile, and as such, they are useful for electrical functions, including infrared, photovoltaic, transistors, amongst others.

A thermometer is that device used to measure your temperature in the hospital. Galium is one of the few metals with zero toxicity, making it safe for building thermometers. However, the thermometers are not fully made of only gallium. Gallium thermometers are a product made from a combination of a gallium alloy, including tin, indium, and galium itself.

A dental amalgam is an important device in the dental industry, and its market is growing rapidly with a 5% growth rate. Galium is an element manufacturers can use to make this amalgam. The zero toxicity and great temperature adaptation are one of many reasons this metal is a great choice. Some dental amalgams use mercury as their main production material, but there are calls to have them replaced with gallium.

Used for pharmacy and radio pharmacy

Gallium combines with other elements to form salts used for pharmaceutical purposes. In the research for cancer, galium is an element showing signs of being a possible cure. It is also a useful element in the progress of radioactive pharmaceutical activities due to its gallium citrate and calcium nitrate compounds.

Galium may not be one of the most common metals in their natural chemical state. But without a doubt, this metal remains one of the most useful elements to the globe. As explained in this guide, the uses of gallium range from the regular semi conductor electrical uses to deeper medical functions. Without a doubt, this element is a rare gem to many nations and a very important natural resource.

Everything One Must Know About LED Parking Lot...

The Benefits of Using a DPF Cleaning Machine...

7 Things to Factor In before Purchasing a...

The Basics and Applications of Cold Forging

How to Choose the Right Warehouse Location

Is CNC Machining in China Valuable to The...